Dismantled in October of 2015 after a 20-year stint as Chicago's top tourist attraction, Navy Pier's old Ferris wheel looks forward to living life anew in Branson, Missouri. Long renowned across the Midwest as a family-friendly entertainment destination, the Ozarks city will add Chicago's former wheel to other famed attractions such as the Branson Dinosaur Museum, the Titanic Museum, and 1880's-themed amusement park Silver Dollar City.

The 150-foot Ferris wheel is headed to The Track Family Fun Parks located along Branson's famed Highway 76 entertainment strip. Considered to be the area's premier go-kart and laser tag destination, The Track plans to install the former Navy Pier attraction later this year as part of the park's 35th anniversary celebration.

The wheel, originally built by Vekoma in the early nineties of the last century, shipped from Chicago early February and will be assembled by the Dutch Wheels assembly team after some minor routine maintenance work preparing it for years of operation. Navy Pier officials confirm to be pleased with the fact that the wheel will get a new home where its long and impressive history is being appreciated. Dutch Wheels is pleased as well and looking forward to open this historic wheel. 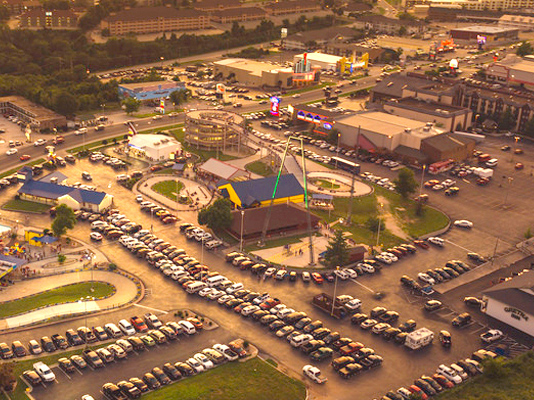